First Bobby opens the import key dialog through the toolbar. 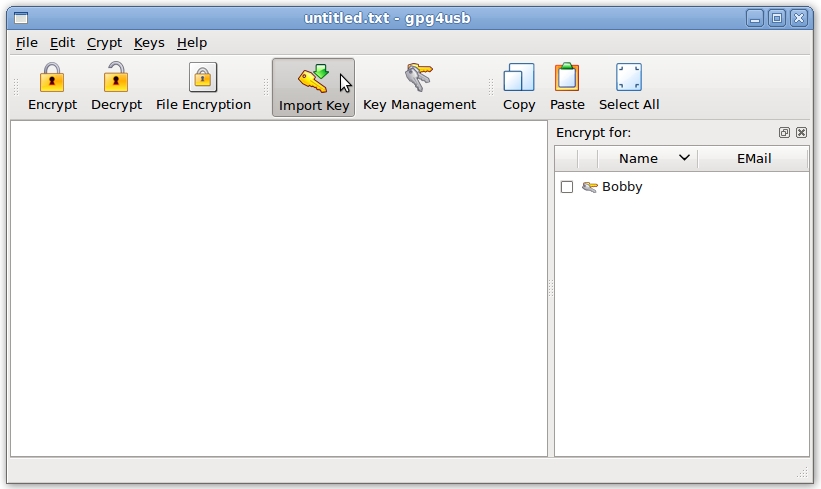 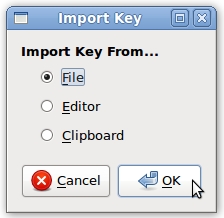 Now he chooses the key-file. Afterwards the key appears in the keylist.